Does Logic Have To Be Democratic? 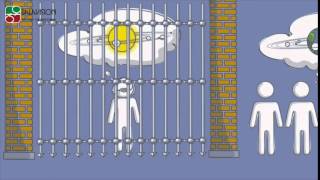 A common misconception of democracy says that what is believed by most, is correct. This unfounded reasoning is called the fallacy of resorting to public belief. It is also referred to as reasoning based on the vote of majority and reasoning based on consensus and resorting to democracy. Considering justification Based on public belief to be a fallacy, doesn't mean opposition to democracy. Logically speaking, a democratic process doesn't always result in the right decision. But since various groups and voices of the society participate in decision making and thereby reduce tyranny, it is the best process available.

Imagine you are in an airplane going through very rough weather. The severe turbulence has got you and every body else very frightened. At that moment, the pilot announces that he wants to put emergency landing up for public vote?

What do you think? Is this a democratic behavior, or the pilot just wants to shirk his professional responsibilities?

Is it possible to resort to public vote for everything?

In order to justify their illegal, immoral, or unwise actions, some say "everybody does that." For instance, going through the red light, or not paying for the bus fare.

The historical example of this fallacy was the belief that the Earth was the center of the universe. Galileo questioned that. But, his rightful claim was not accepted as a result of resorting to opinion of the majority. In religious discussions also, that method is popular. For example, they say God exists because millions of Christians, Jews, and Muslims believe that he does.

Politicians too, are often guilty of fallacy. In presenting it's economic plan, for example, instead of backing up it's claim with professional studies, the Government claims since most of the people voted for it, then its plan, therefore, is right.

A familiar example of this fallacy can be found in Ayatollah Khomeini's 1981 speech, in his meeting with the representatives of the Parliament, when he said: "people want to establish the Islamic laws in this country."

Considering justification Based on public belief to be a fallacy, doesn't mean opposition to democracy. Logically speaking, a democratic process doesn't always result in the right decision. But since various groups and voices of the society participate in decision making and thereby reduce tyranny, it is the best process available.

There are also many examples, where, while the majority has a valid opinion, the rationale for its validity isn't the popular belief. For example, people believe that smoking is bad for health. If we accept that based on popular belief, then we have committed fallacy. Of course, the claim is valid. But it is so, based on medical evidence, not popular belief. If we were to accept the majority's opinion as our rationale, then we can also apply it to discussion on smoking and say: "Since a lot of people smoke, then smoking must be okay."

Therefore, majority's opinion isn't a justified reason for validity of an argument. We still need credible and logical evidence and reasoning to prove its validity.