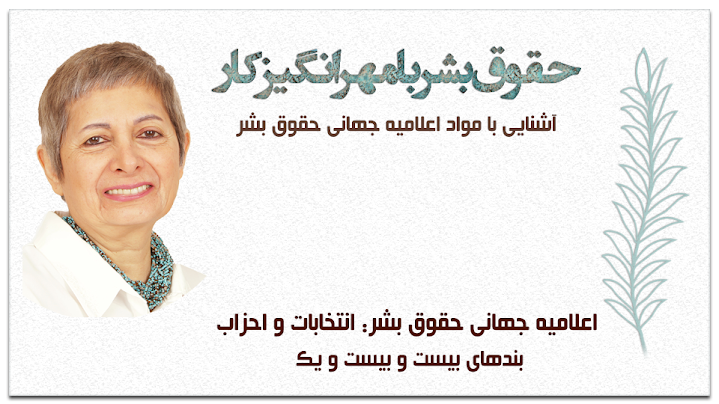 “Iranians inside and outside the country are divided whether to vote in the upcoming election or to boycott it. “According to Article 20, “Everyone has the right to freedom of peaceful assembly and association.” While the Constitution of the IRI recognizes this right, exercising it has always been problematic. Cases in point are the student movement in 1378 that was crushed by the security forces, and the more broad-based public demonstrations in 1388 where many citizens were either killed, maimed or jailed—some still linger behind bars—or left Iran.